Ravi Pathare is a geologist from small-town Wisconsin that loves to cook. In fact, he’s been helping in the kitchen since he was seven. He’s also heavily involved with the Chicago chapter of the Democratic Socialists of America (DSA) and serves as a host on the Midwest Socialist.

In this episode, Ravi talks about attending Hindu festivals in churches and the other ways that he held onto his Indian heritage being born and brought up in a small town. He talks about the importance of activism and we discuss why he’s choosing to have a local impact rather than giving back to India like our parents often do. And he reflects on why Indian culture perpetuates elements like patriarchy and his favorite Indian dish cook. 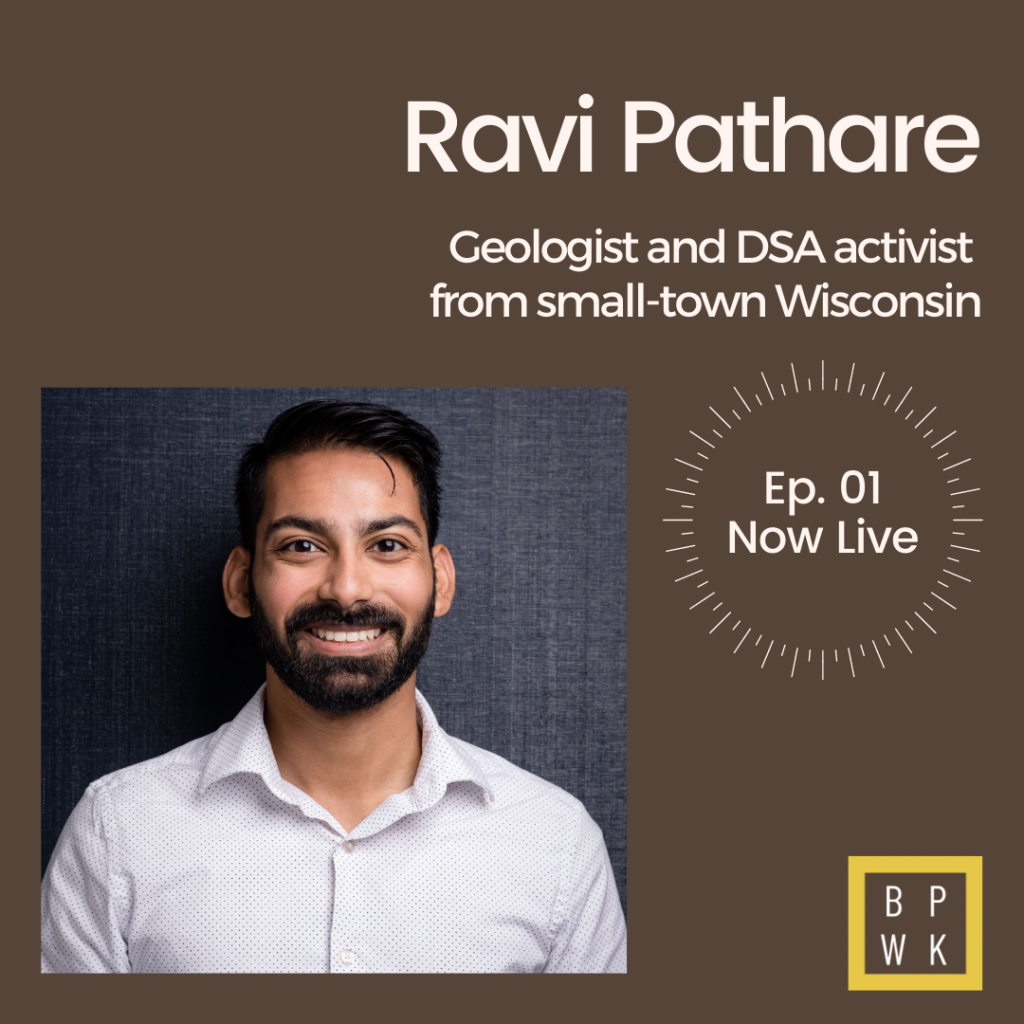 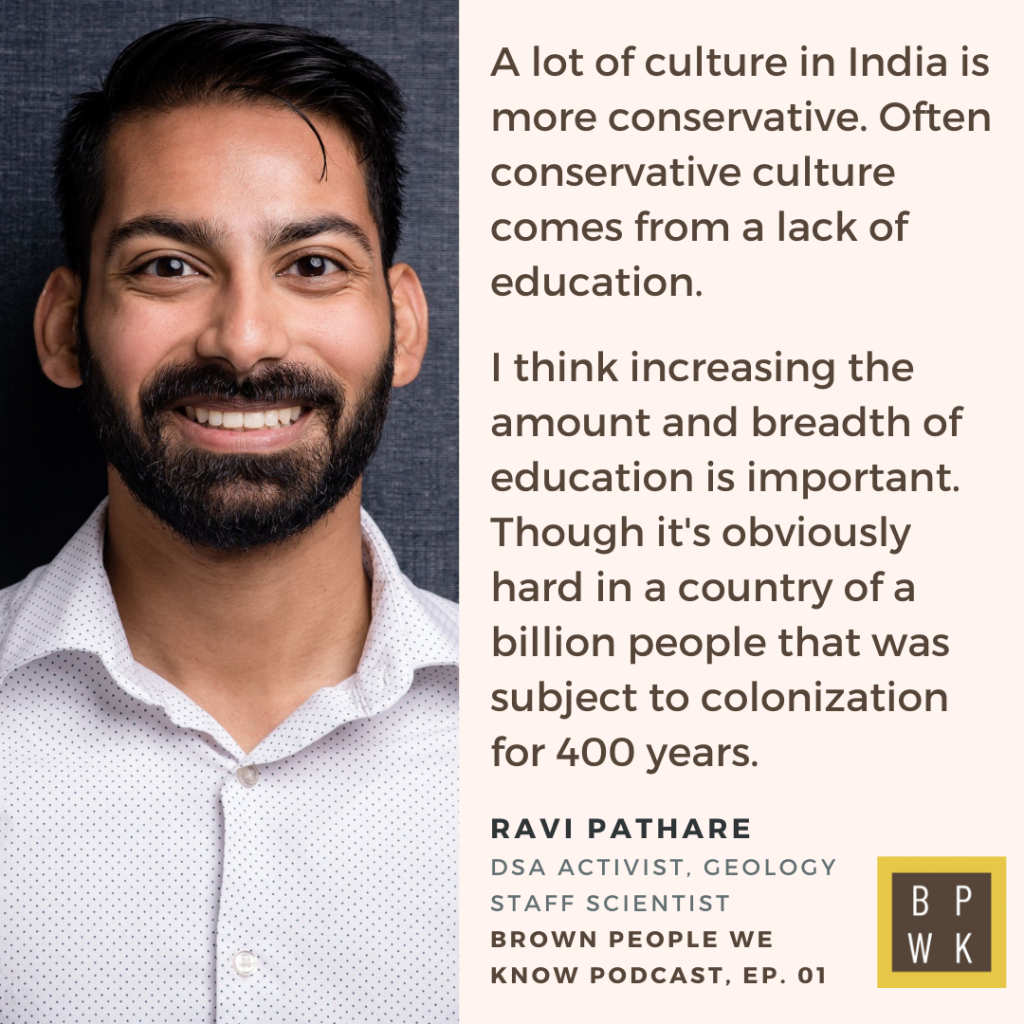 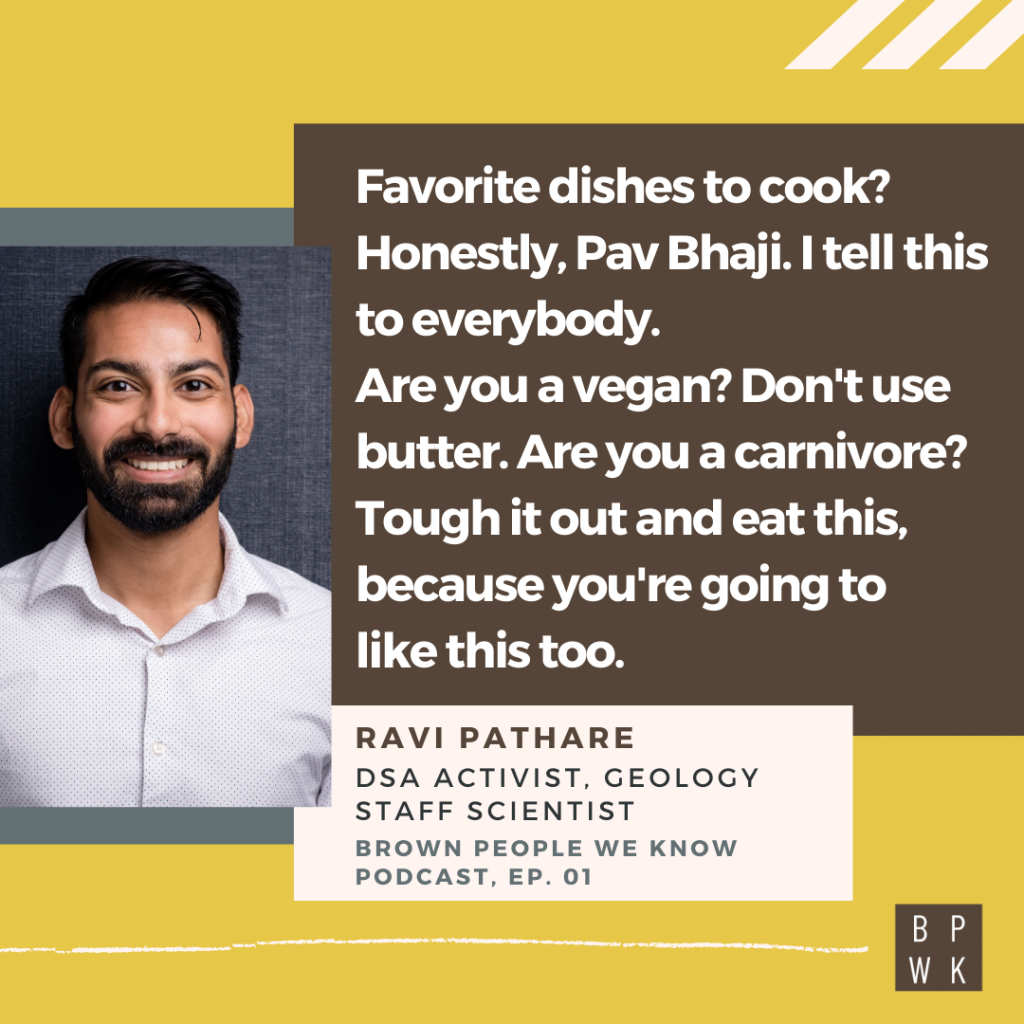 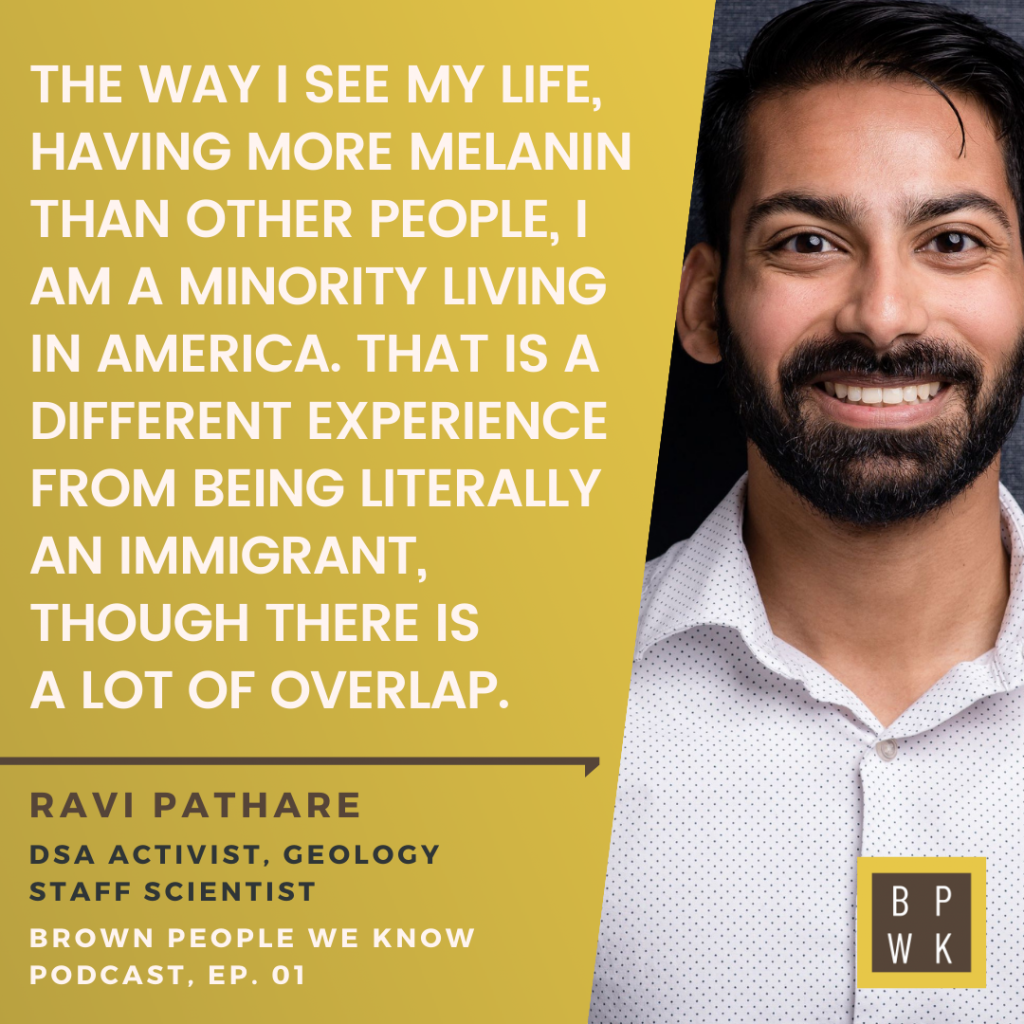