Ranjan is a retired engineer who earned her PhD in Chemistry in India during the 1980’s. At 62, she decided to come out of retirement by visiting Haridwar in India and training to become a priestess. Today, at 67, she goes by the moniker The New England Priest as she officiates weddings. It was interesting to hear about her motivation for becoming a priestess and how she has adapted her learnings from Haridwar for the unique weddings that she conducts in America. For example, interfaith weddings.

In this episode, Ranjan shared the story of her family leaving Tanzania during Idi Amin’s time and about earning the nickname “Rapid Ranjan” as she hiked Kilimanjaro years later. We talk about her decision to pursue higher education despite her father’s wishes, and the funny way that she convinced him to pay for it. And she reflected on parenting as a single mother of two and what she sees her role as a grandparent today.

#WeCanDoThis: Get accurate COVID-19 information from the US Department of Health and Human Services at vaccine.gov. 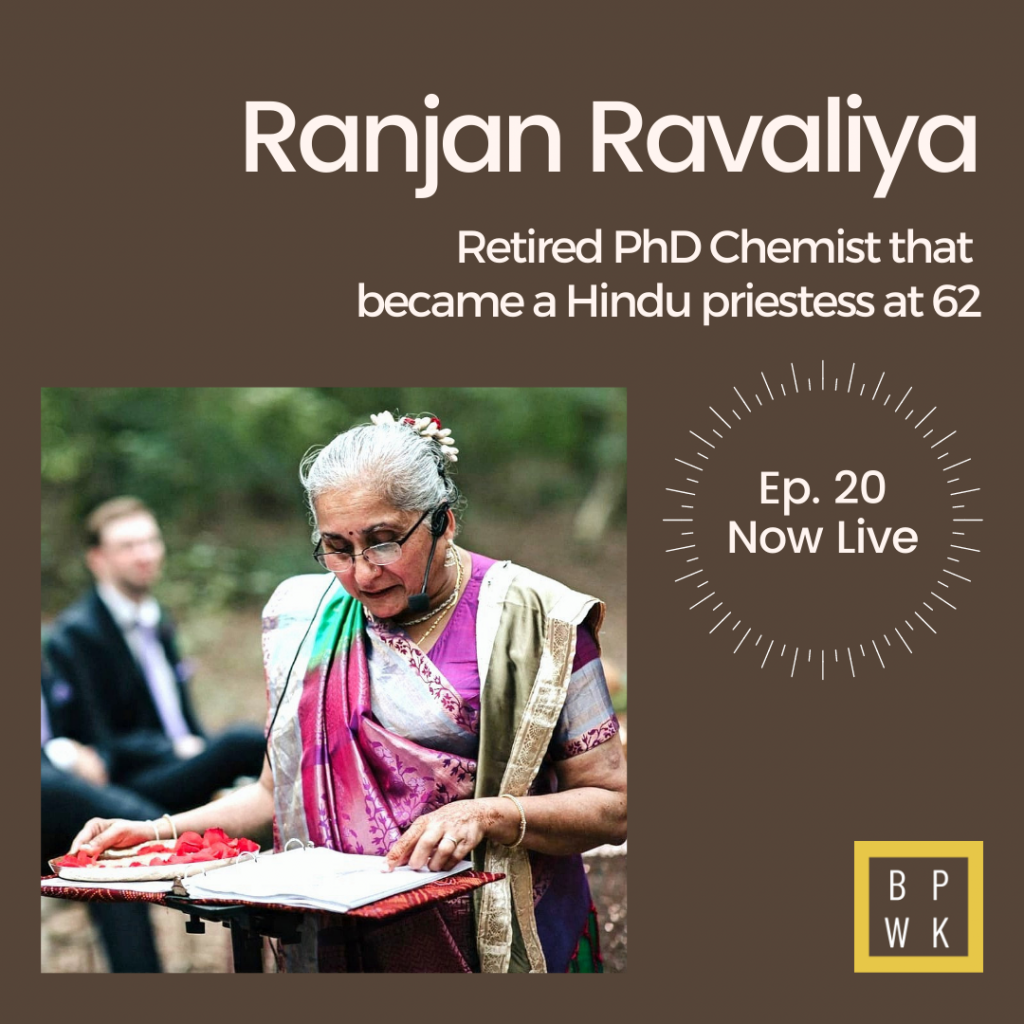 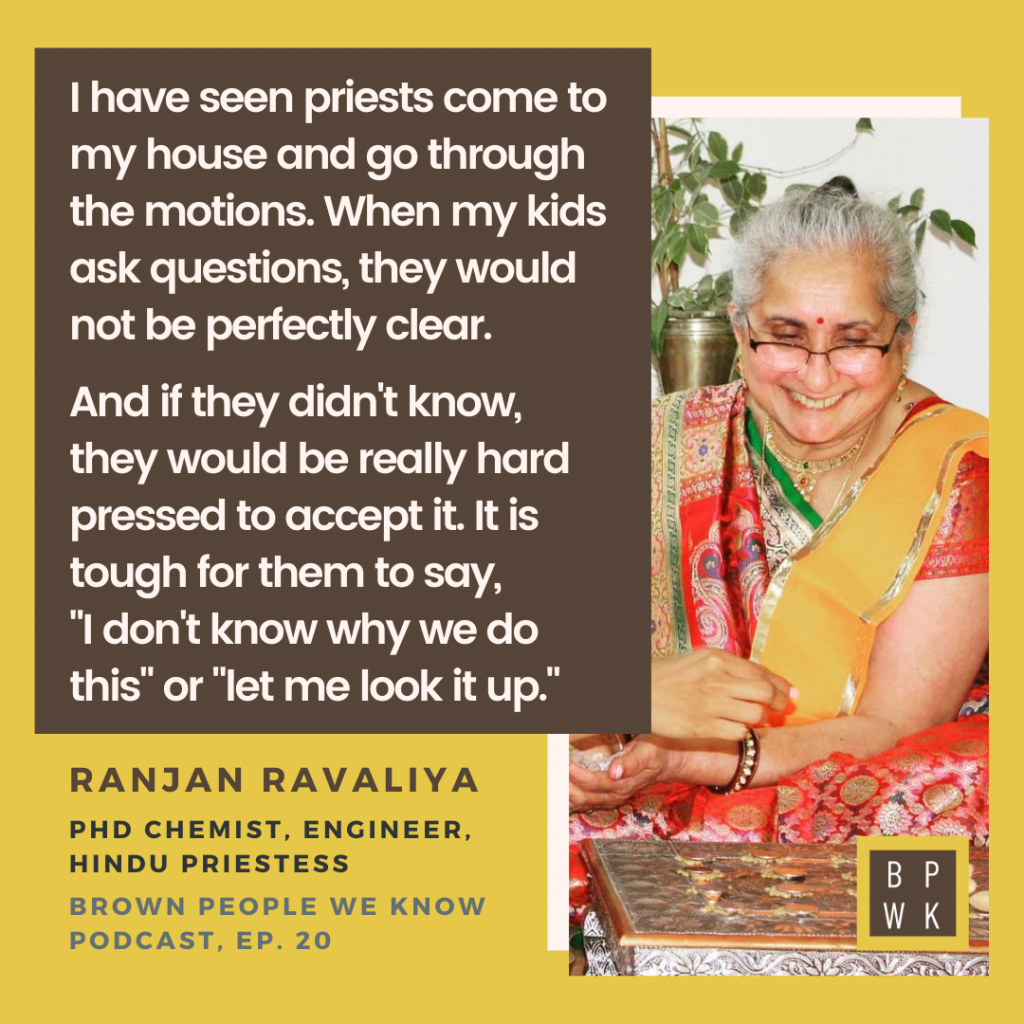 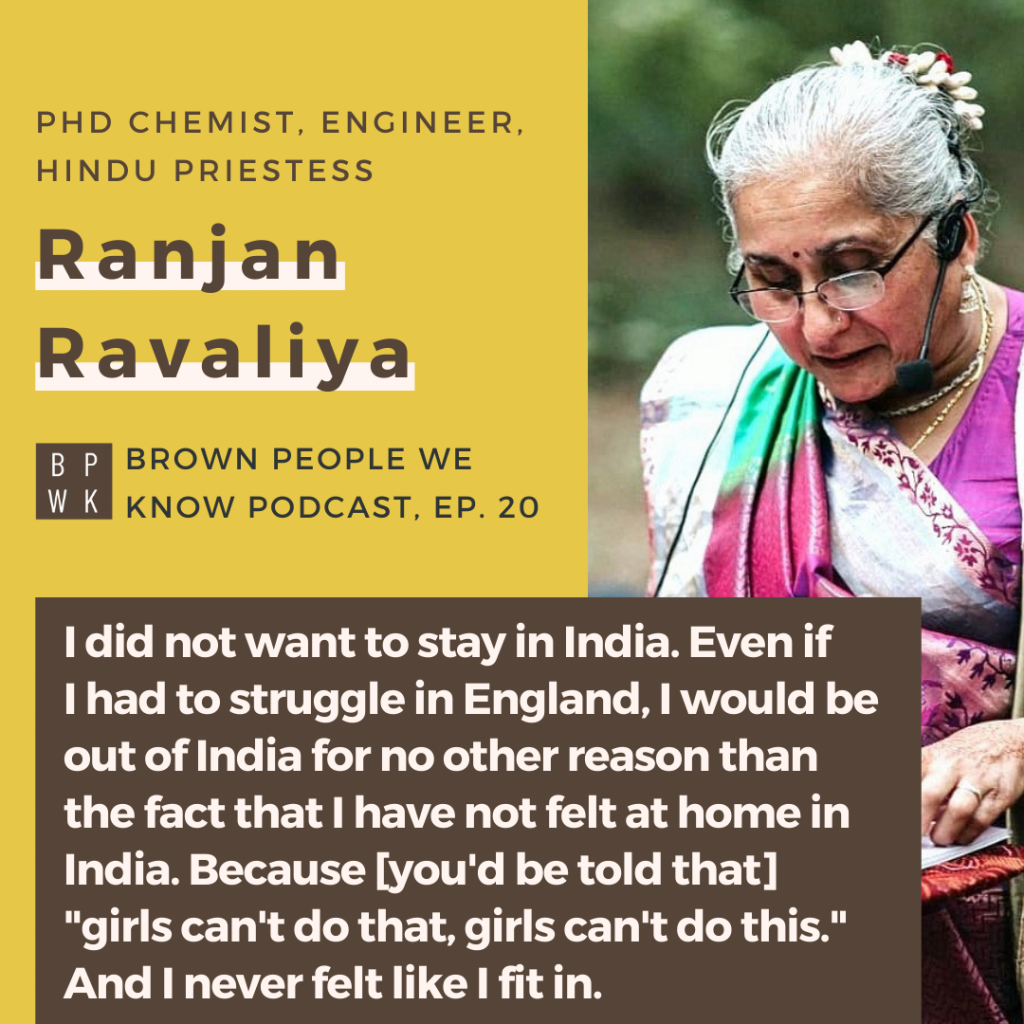 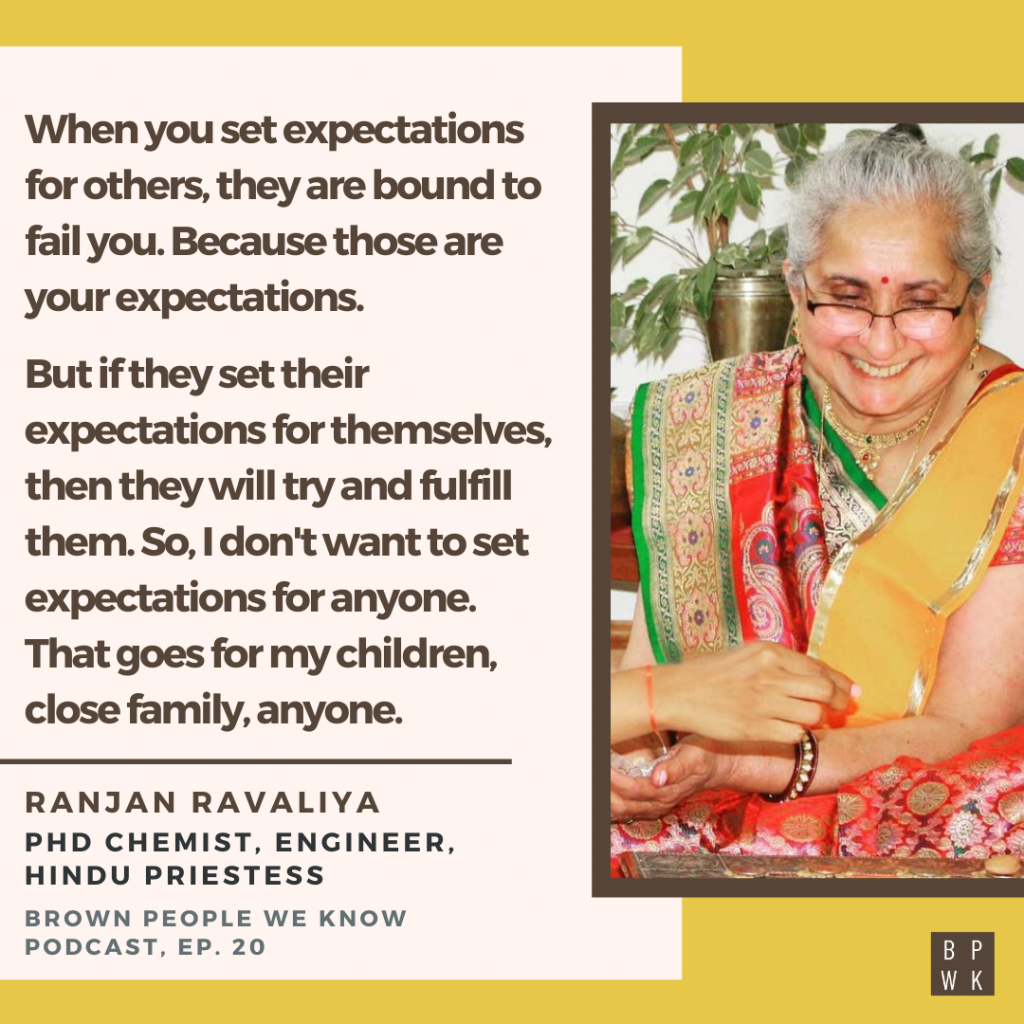