Kunal, aka Kaly, is the rapper behind songs like Ganesh on the Dash and Royalty. He has performed and produced with AR Rahman, his music clears over 9,000 monthly listens on Spotify, and his music has been added to a PlayStation game. Kunal is also an entertainment lawyer and has worked for companies like Universal, Vice, and Apple.

In this episode, Kunal shares his thoughts on why South Asian artists have to collaborate to go mainstream. He reminisces about hanging around music studios and how that led him to a career in law. And he talks about how his recent docushort was inspired by the desire to improve inclusivity and transparency in Hinduism.

March 2016 – Against the Odds, Kaly Strives to Fame as a South Asian Rapper (Brown Girl Mag)

Listen to the “Threats” Album (Spotify) 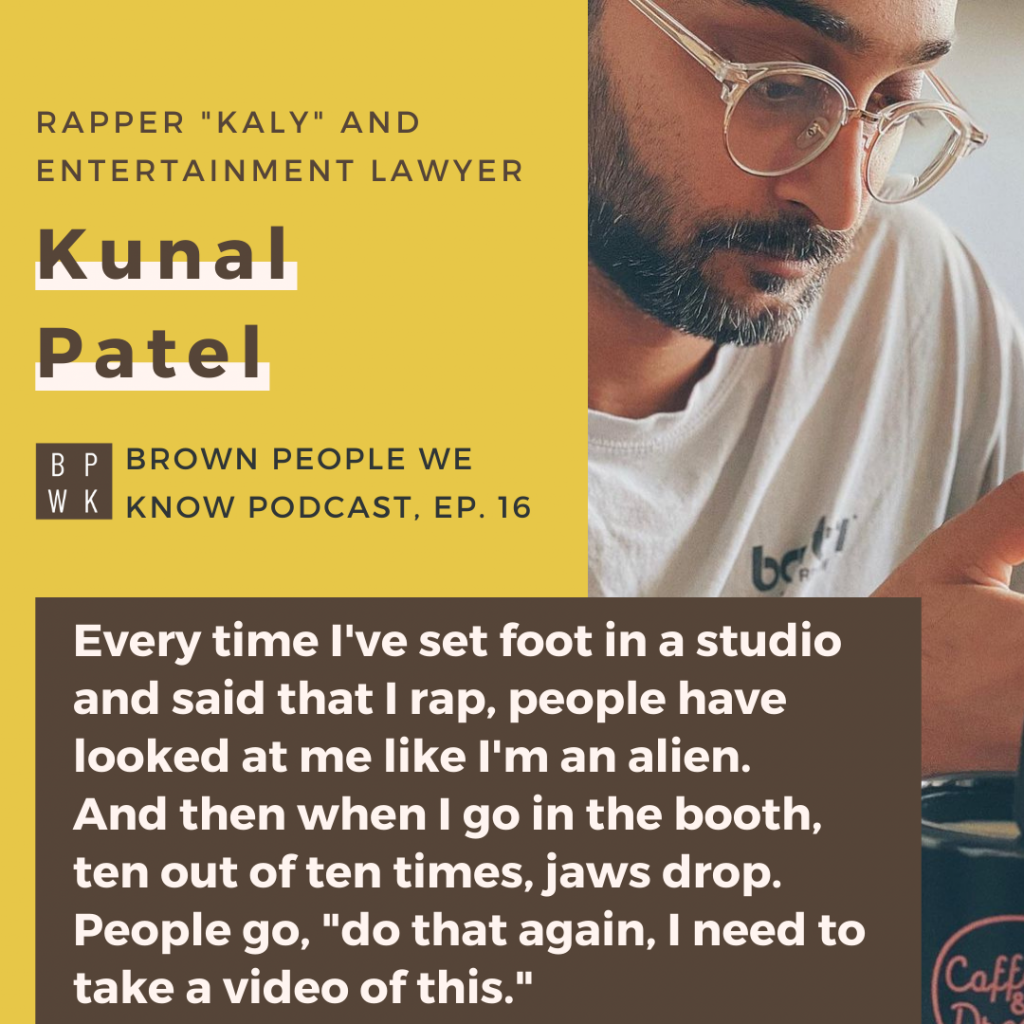 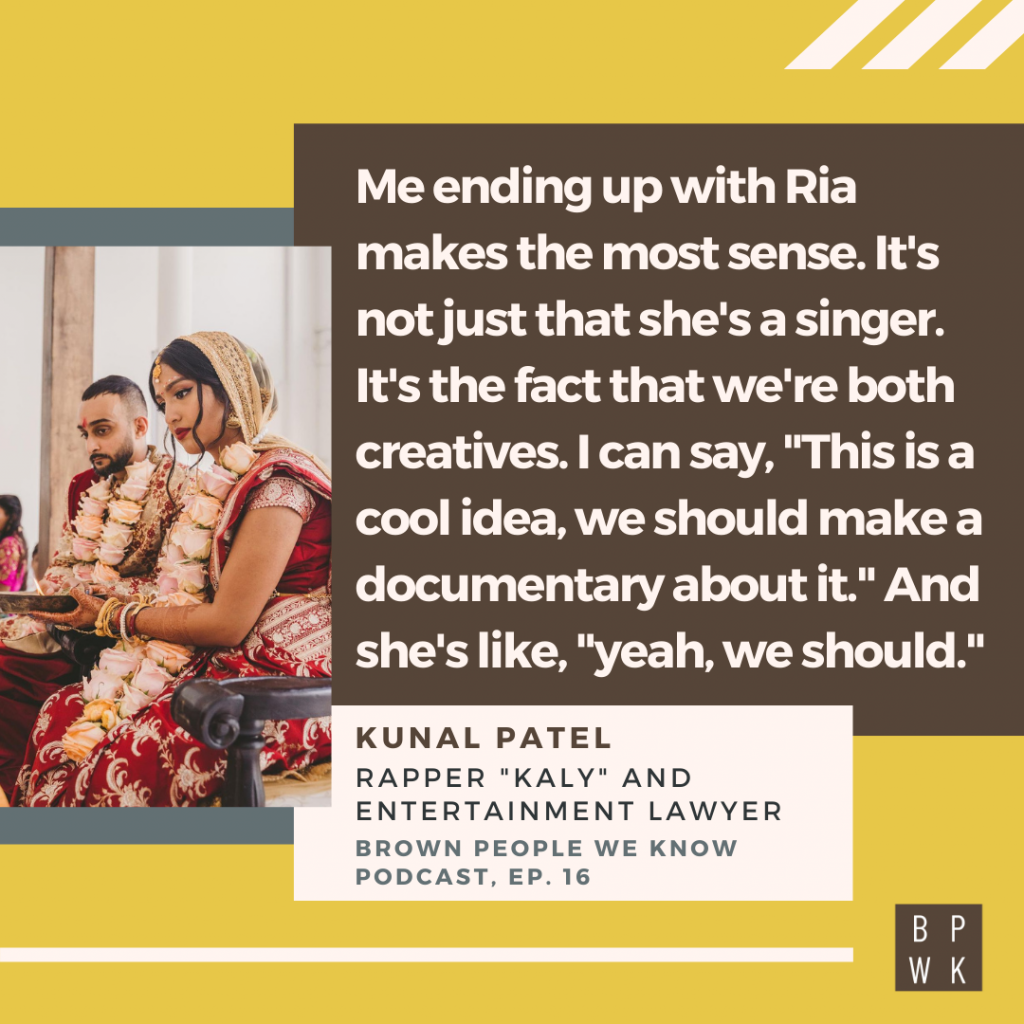