Madhavi is an interdisciplinary artist. She’s the producer on two documentaries: What’s Your Name and Through Fish Eyes. She’s done photography exhibits, Bharatanatyam and theater performances, and has even dabbled in podcasting. She’s also a PhD student at the University of North Carolina – Chapel Hill, School of Media and Journalism, whose work focuses on identity and representation, particularly in entertainment media, art, and politics.

In this episode, Madhavi reflected on the current state of South Asian media representation and how we got here. She explained what ethical or proper representation looks like and what we can do to create more of it, especially in film and TV. And she discussed the responsibility of creators, using examples such as Apu from the Simpsons and Indian Matchmaking. 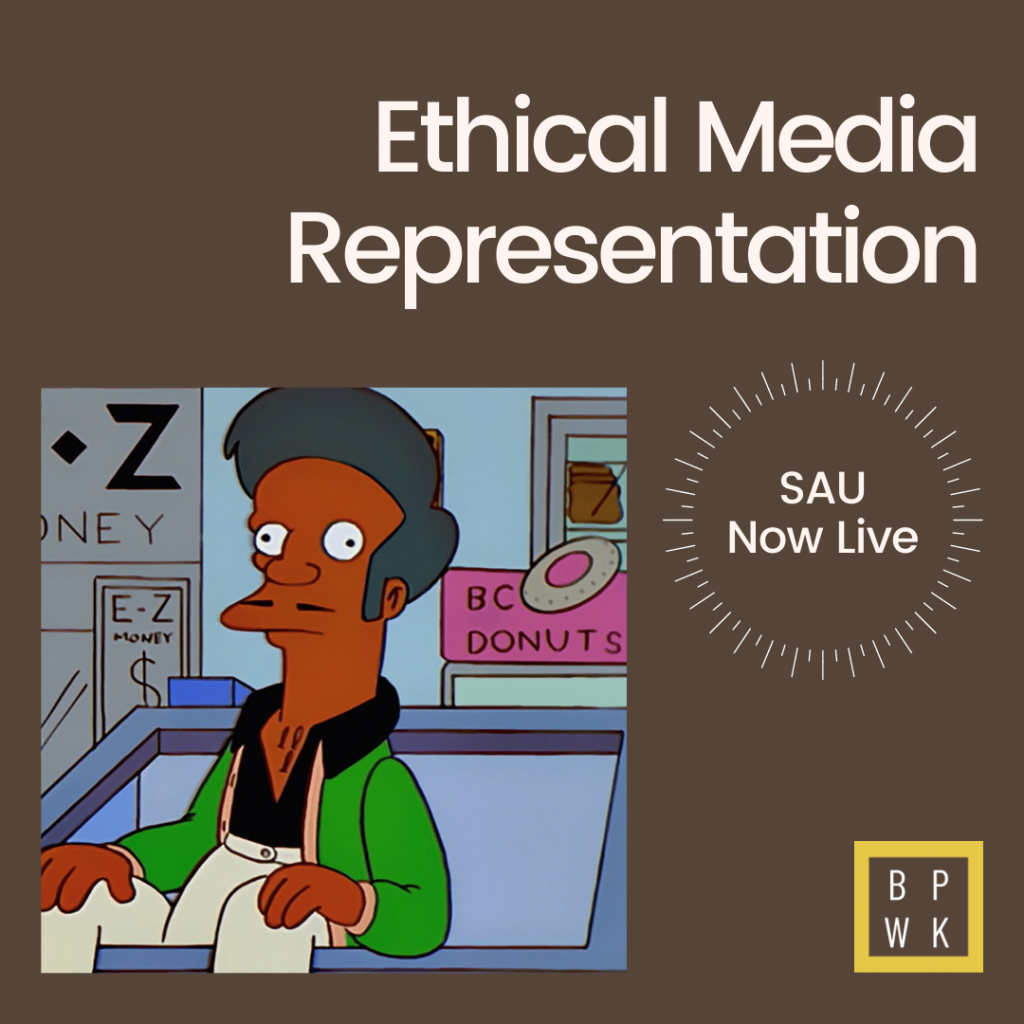 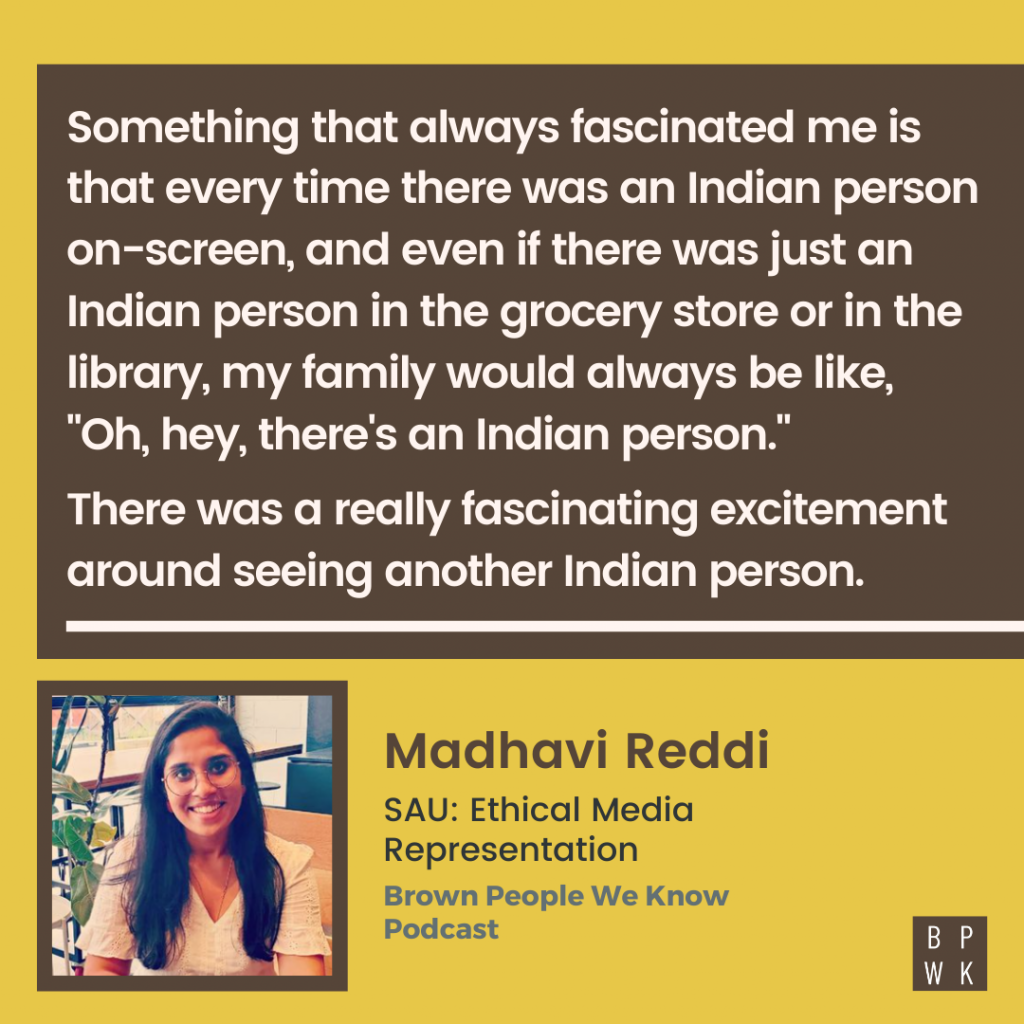 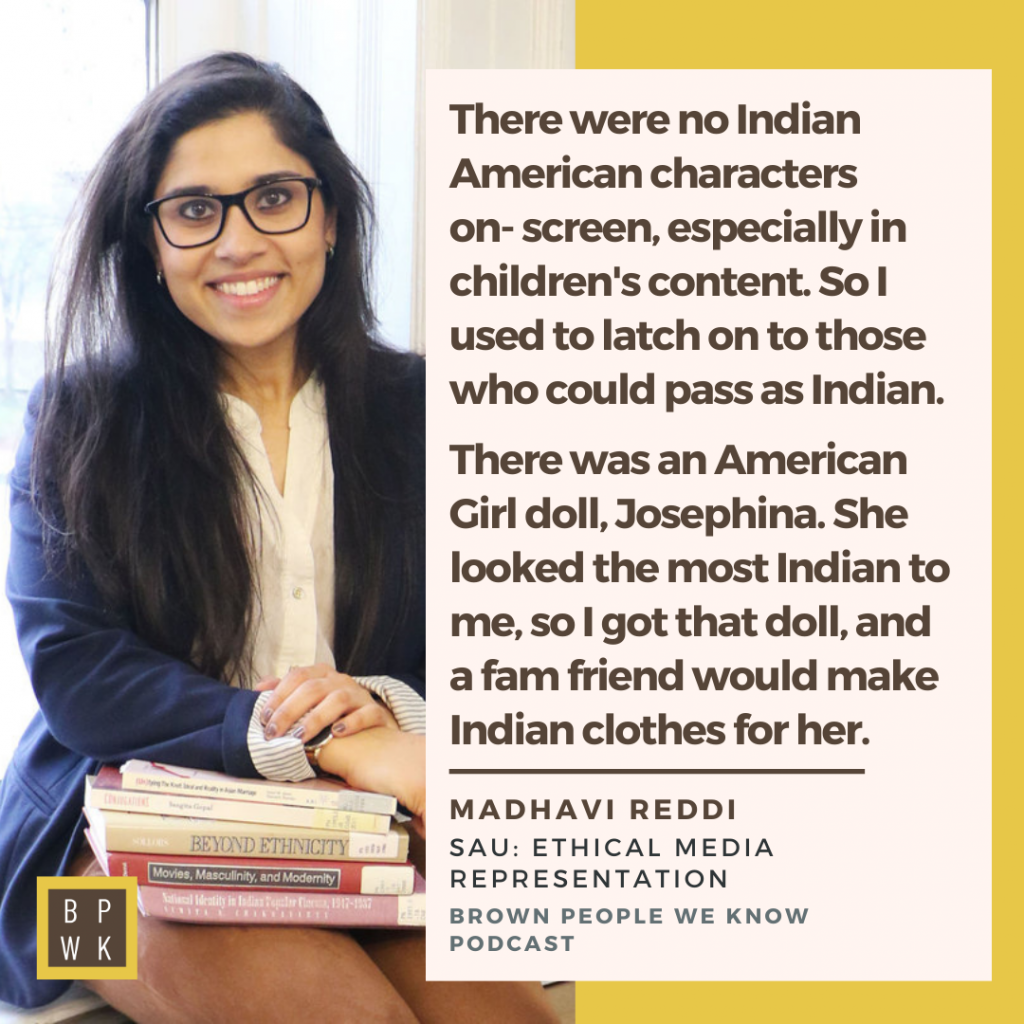 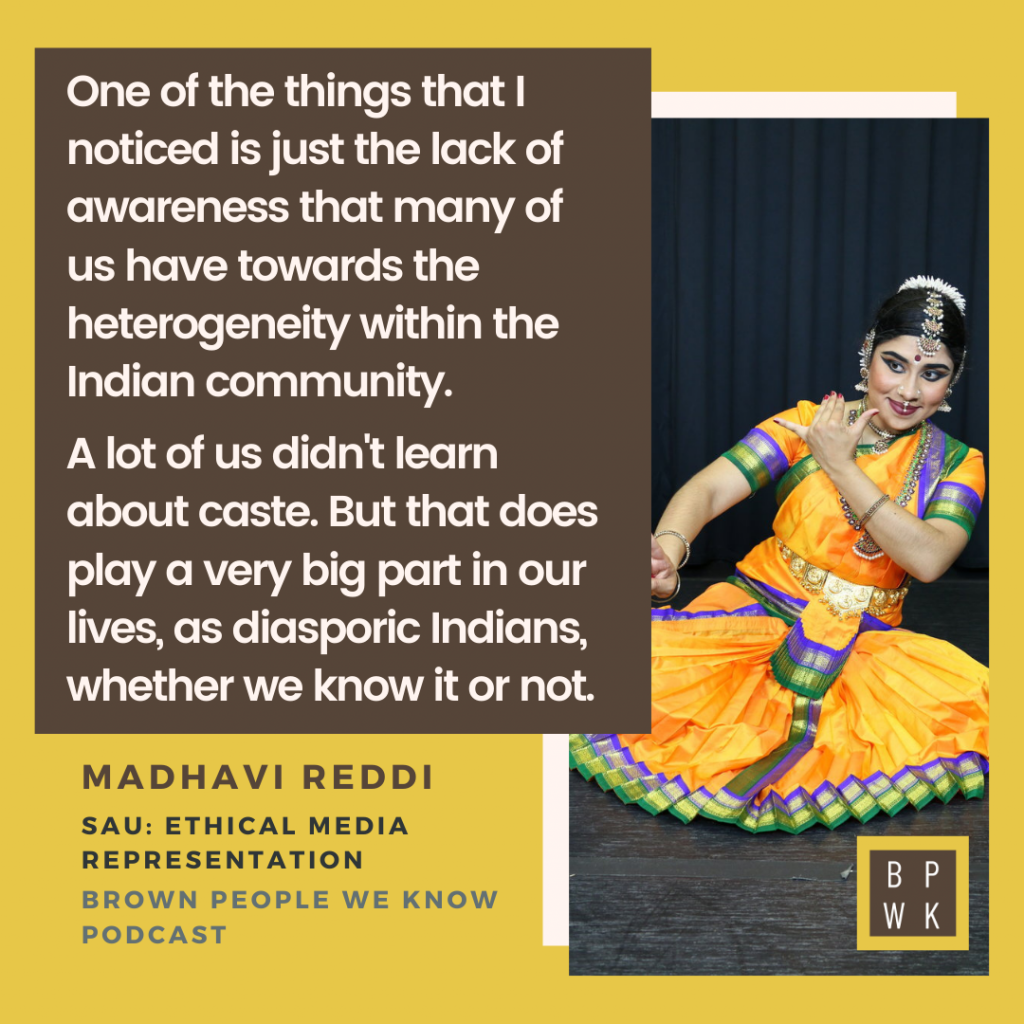