The Magic of Indian Cinema to a Filmmaker From New Jersey

As I sat there staring at a problem that seemed to have no solution, all the frustrations around the direction of my career came flooding back. A few minutes into this frustration, my parents happened to call. They already knew that I was unhappy with engineering, but my unhappiness was compounded by the fact that I couldn’t tell them what I really wanted to pursue. That day I told them. As my heart pounded, I burst into tears and said the six words I’d been holding back for half my life: “I want to be a filmmaker.”

My parents gave me their full support, but it wasn’t all downhill from there. As with any novice embarking on a creative endeavor, I started to experience doubts about my ability to succeed. Since I grew up in New Jersey, it might surprise people that some of the filmmakers that I turned to for inspiration in those moments were people that were living and working in India. Specifically, I would think about those filmmakers that had started in a traditional career path, like me, but that eventually quit to pursue filmmaking full time because of their dedication to the art. These were people that took the risk, stuck to their craft, and some have gone on to become acclaimed artists. But how did I find these people? How did my fascination with films and directors from the other side of the world begin?

For years now, Indian cinema has been dismissed at the international level. In the West, it’s known for being illogical, over-exaggerated, filled with random musical sequences, and in general, just bad. Even in the South Asian diaspora, the perception is no different. After growing up with Western films, the comically extravagant and melodramatic scenes of popular films like Kabhi Khushi Kabhi Gham felt unrelatable to us third culture kids. This style of Indian cinema stemmed from an archaic film industry culture that focused on ensuring box office success by catering to the masses, rather than by creating art and challenging audiences. The formulaic and “broad appeal” strategy continued to dominate the landscape of Indian cinema for years, unfortunately discouraging the international filmgoing from exploring its diverse range. This is what led to the stereotype that I myself was guilty of believing when I was younger. At that time, I used to view Indian films as “lesser” than their American counterparts.

However, there’s a revolution that’s been taking place across Indian cinema. Over the last decade, new directors are getting their chance to tell stories in novel, more refined ways. An early example of this is the 2014 Tamil film Jigarthanda, directed by Karthik Subbaraj. I went into the movie expecting it to be the usual stereotypes, over the top and unrealistic. But I was caught off-guard as I watched the two main characters play a strange game of cat and mouse. The film had a grounded narrative that perfectly fused tension and humor, was loaded with twists that I couldn’t have predicted, and had brilliant performances from the entire cast. This was a film that broke the rules of Tamil cinema with its unique postmodernist approach to storytelling. But this pattern has occurred beyond just Jigarthanda and Tamil cinema. The shift from generic star vehicles to provocative art and self-expression has been slowly unfolding across all Indian film industries. This leads me to believe that the incredible creative output of this new generation of Indian filmmakers has made the old stereotypes of Indian cinema outdated.

This leads to why Indian Cinema has inspired me as a filmmaker. Reforming an industry focused on the commercialization of cinema is a daunting task. But these new filmmakers entered the industry as outsiders eager to tell unique and challenging stories purely out of their incredible passion for film. They are pouring their blood, sweat, and tears into telling stories the way that they want them to be told. This determination and innovation is what inspires me.

As I look upon the landscape of Indian film, I see what is slowly becoming a “wild west” of sorts, where the possibilities of what can be created are endless. I hope that the perception of Indian cinema as exaggerated, extravagant, and bad changes over time, and that the many brilliant filmmakers from India receive the international recognition they deserve. These people will soon bring attention to Indian film from a broad international audience. But we don’t have to wait for that to happen. If you’ve been shying away from Indian Cinema, I encourage you to give it another chance. Get prepared to be blown away.

P.S. If you are interested in diving into Indian cinema and discovering some amazing films, please check out a few of my favorites below! 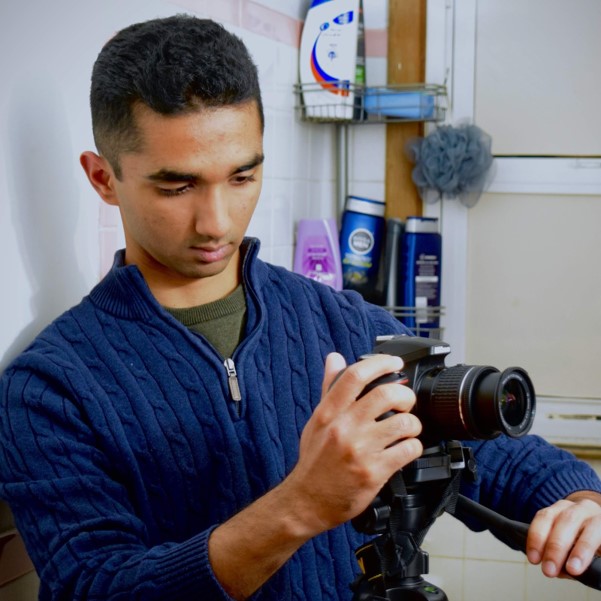 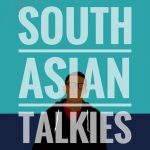 Adithya Rajan is the filmmaker behind the shorts Impostor Syndrome, The Box, and his most recent project, Swap.

He’s also the host of South Asian Talkies, a podcast which analyzes Indian films with deep dives into the stories, acting, directing, other technical aspects of cinema. We also dive into the films’ impact on the film industry as a whole. Listen on all major podcasting platforms!